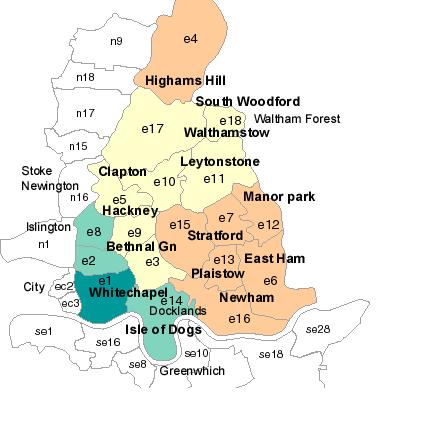 The current E postcode area was originally formed in 1866 as a merger of the E and NE areas created in 1858. In 1917 the postal districts were numbered alphabetically by their location, the districts usually cover a wider area than their names might suggest. As of 2004, the district names do not form part of the postal address.

Due to high demand, sector 9 of the E1 postcode district was split and recoded in 1999 to create an E1W postcode district around Wapping, the rest of the district did not gain an additional character. Where districts are used for purposes other than the sorting of mail, such as use as a geographic reference and on street signs, E1 and E1W continue to be classed as one ‘district’. The E postcode area contains two non-geographic districts for high-volume business users. Read more…